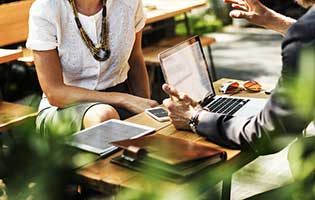 A client came to us in need of an IT specialist. The client needed guidance to assess their technological tools and help move toward a path where all systems would work correctly.

When we evaluated the client’s setup, we knew immediately that fixes were required. Internet searches that filtering should have blocked were permitted.  Video cameras could not be forwarded to the outside world due to the router being managed by a VoIP provider.

The first part of getting this client on the right path was establishing anti-virus on the workstations. This project (in addition to other smaller tasks) took approximately four hours to resolve.  With anti-virus successfully installed, the next phase included the installation of a 48-port switch and firewall. We completed the initial setup at our office which took two hours, and then completed a client installation in 20 minutes. A DNS filter was added on all computers to ensure that blocked sites would not return inappropriate content.  Testing of our implementation was successful, and filtering began working by design within minutes.

Our next challenge was to increase internet speed. Employees complained of slow response time; their network was running at approximately 10mbps. We solicited a quote for 100mbps via their current ISP and noticed an immediate improvement. Multiplying the current bandwidth by 10 times their current speed resolved all the internet issues.

After working through the core network issues, we tested the cameras and noted that they were working. Once this was done, we called their VoIP company to cancel the managed router service and the content filtering.

As an added convenience, we installed remote access to all the computers for easy troubleshooting and resolution.

For 2019, we plan to roll out new computers, relabeling the patch panel and the ethernet ports, and eventually connecting everything to a server. This connectivity will allow all employees to see the printers and files.